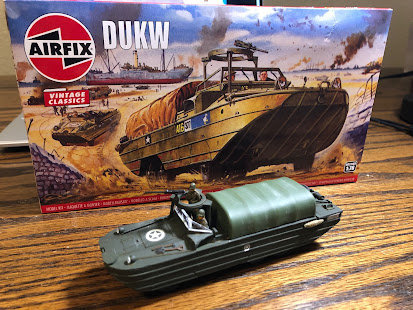 I guess I am on an Airfix kick.  I do like this kit.  It goes together easy. But, it does lack a lot of pizazz. Currently, I don't have loads of extra gear to weight this model down. The only add on's other than the cargo, which is also Airfix, was placing an Airfix US Marine in the machine gun ring and head swapping the drivers head with another Marine. ( The head swap create a Frenchi... see below.) 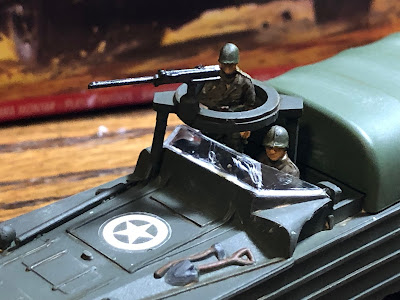 The cargo is from the D-Day Battlefront set. 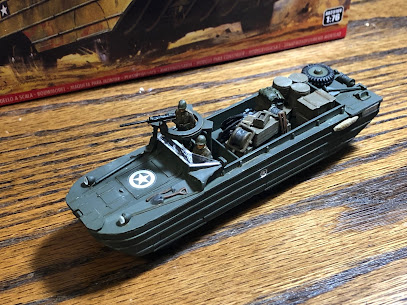 I did have to cut down the legs of the machine gun ring.  They were modeled for a man 7' 4". 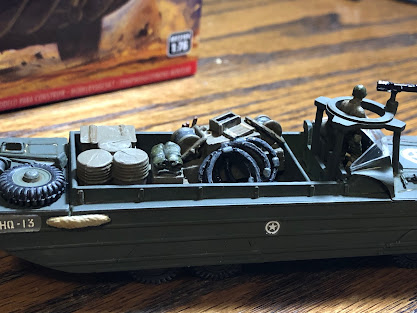 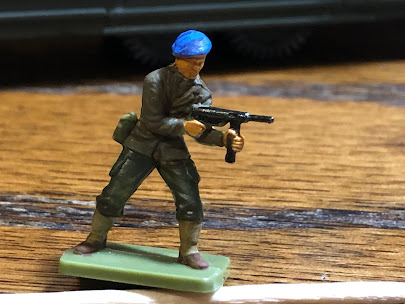 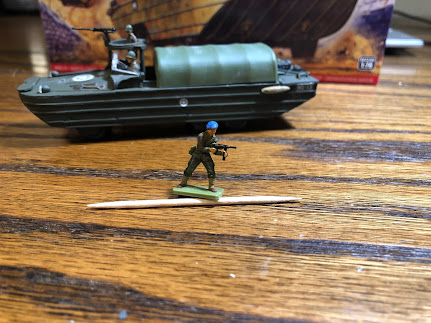 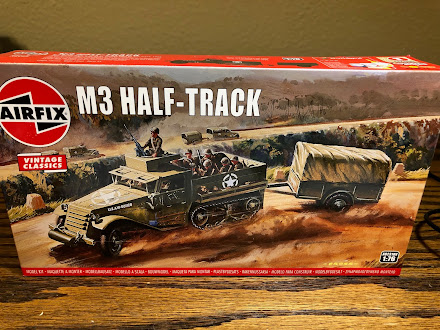 Well, it's been many, many years since I built an Airfix American M3.  To borrow an expression..."it's an oldie, but a goodie." I enjoyed this relatively easy kit.  I didn't recall it being as fiddly as it was.  However, time skews memories... maybe like a bad marriage. (Did I say that? lol)  It went together pretty easy.  The slight issue was getting the under carriage and hull to secure properly.  I used clothes pens to hold them in place. Outside of that, most everything went together well.  This kit was released in 1966! So, not too bad. 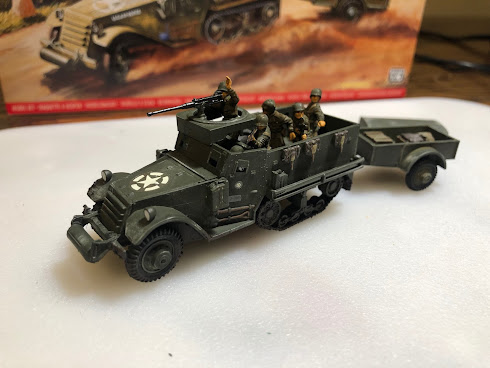 The overall detailing is a little weak. I rummaged up a few spare parts to add some detail. The kit packs are from a Fujimi American Jeep and 37mm anti-tank gun set.  The Gerri Cans are from Plastic Toy Soldier. The cargo is from Top Gear.  The crew is from Matchbox, as they too are 1/76 scale.  I tried the "Tank Riders" from Hat, but they were two large.  Airfix Marines were a thought, but the poses would not work. I like to think these guys are a part of the "Kelly's Heroes" platoon fighting their way through the occupied French town on their way through enemy lines. 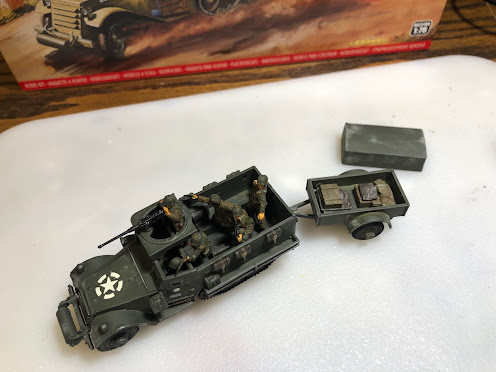 Look, I know it is a different version... but it's my blog... If you know the movie, you know what I mean. 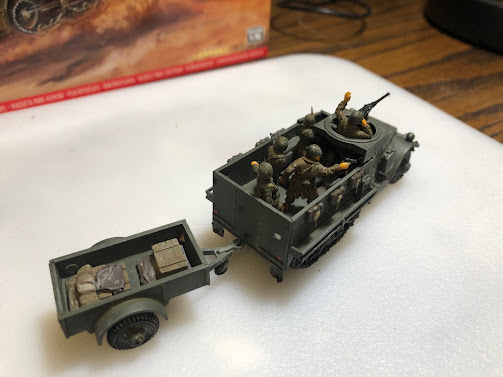 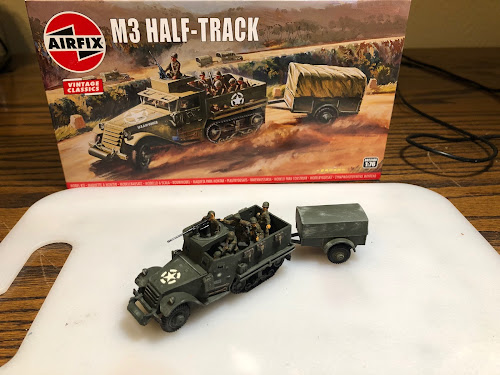